Local Politics from Away 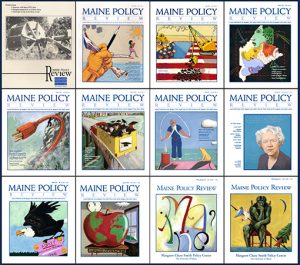 Maine’s Workforce Challenges in an Age of Artificial Intelligence 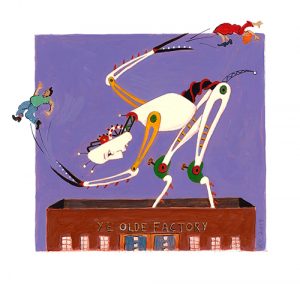 Artificial intelligence will improve productivity, expand the economy, and significantly alter many jobs. To accommodate these changes, Maine will have to upgrade workforce skills in a rapidly changing economy. This article recommends policy proposals in response to the rise of artificial intelligence, including (1) training programs for current and displaced workers; (2) revamped postsecondary education programs to provide a wider group of students with the skills necessary in a postindustrial society; and (3) a much closer relationship between government, employers, and educational institutions to develop the future workforce for Maine. The paper also looks at the deliberations about workforce development in the early twentieth century as the United States transitioned from a largely agricultural economy to an industrial one for insights from the past in arriving at educational programs suitable for a postindustrial society.

Twenty-First-Century Language Education at the University of Maine: A Road Map

The University of Maine Flagship Match program is designed to recruit students from neighboring states and offset enrollment declines. However, language faculty retrenchment at the university a decade ago, combined with the effective double-degree programs with languages, STEM, and other subjects that other regional flagships offer and recent changes in New England’s K–12 graduation options, makes it harder for UMaine to attract high-performing students. If the university wants to compete with others in New England and attract students who focus on global professional issues, it has an opportunity it cannot afford to miss. Adapting one of the language education models other universities have successfully implemented may be the way to move forward in the twenty-first century, making the University of Maine an important regional player. 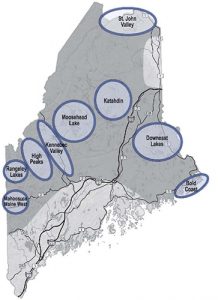 Maine’s rim counties—here called the Maine Woods region—suffer from chronic economic and community distress, marked by declines in several resource-based industries, an ongoing youth exodus, and a rapidly aging population. Nonetheless, many encouraging new ventures are helping to revitalize the Maine Woods economy and communities, and tourism and recreation should play a central role in these efforts. This article focuses on initiatives launched through a partnership between the 16-member Maine Woods Consortium and the Maine Office of Tourism designed to reinvigorate Maine Woods’ recreation and hospitality offerings and to enrich amenities in the region’s gateway communities.

by Zachariah Croll and Erika Ziller

What Is “Too Cold?” Recess and Physical Education Weather Policies in Maine Elementary Schools 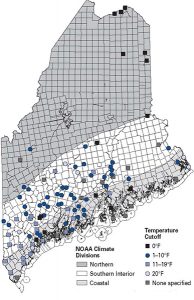 This research investigated weather policies concerning outdoor recess and physical education in Maine elementary schools. Data were gathered through a statewide survey of Maine elementary school principals, interviews, and an analysis of existing policies and 10 years of historic weather data. Survey data revealed a significant correlation between geographic location and minimum cutoff temperature for outdoor recess. No relationship was found between minimum cutoff temperatures and poverty levels. There were substantial differences between the reported number of missed outdoor recess days and the estimated weather data numbers. The findings of this research are important for three reasons. First, it uncovered the vast differences in weather policies for outdoor recess and physical education in Maine. Second, there appears to be a gap in understanding about the actual number of missed outdoor recess days per year. Third, these findings may help administrators understand how changes to recess policies could increase outdoor time for students. 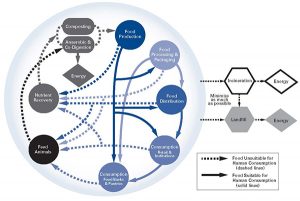 This paper explores challenges and opportunities for reducing food waste in Maine through five distinct, yet interrelated, case studies. Our research focuses on how Maine might create and support a more circular food system that can reduce waste and promote the use of surplus food in agricultural and industrial processes. This stakeholder-engaged research identifies potential policy interventions across scales, but also highlights the need for more interdisciplinary research opportunities for students. Our research adopts an interdisciplinary approach, and our team members represent diverse academic backgrounds, including nursing, the human dimensions of climate change, environmental engineering, ecology and environmental sciences, biomedical engineering, and anthropology. This interdisciplinary team acts as a model for future groups interested in finding long-term answers to problems that require complex understanding and analysis.

In this commentary, Daniel M. Shea considers whether the addition of another party would redeem our faith in elections and cure the ills of governance.

This commentary follows up on Melcher’s article on bond issues from 2016, and it finds that these and other past tendencies in Maine bond voting held true once again in 2018.

Not Ready for Prime Time: A Response to “Universal Basic Income: Policy Options at National, State, and Local Levels”