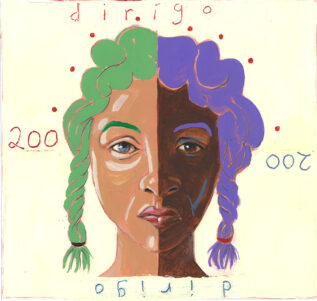 Indigenous Voices Charting a Course Beyond the Bicentennial

A Call for Repairing the Harms of Colonization: Maine’s Bicentennial as an Opportunity for Truth, Acknowledgement, Resistance, and Healing

by Erika  Arthur and Penthea Burns

The authors examine the colonized history and present of Maine to recognize that the state’s bicentennial may not mean the same thing to all who live here. They explore the impact of settler colonialism on Wabanaki people and settler descendants and recognize the ways colonization lives in our laws, structures, policies, and worldview. Using interviews, case studies, and literature reviews, this article proposes a set of questions that researchers, policymakers, advocates, and others can ask ourselves about our roles in processes of decolonization.

Race and Public Policy in Maine: Past, Present, and Future

Maine’s bicentennial year is an appropriate moment to reflect on the historical legacy of public policy in Maine.  The impact of historic policy decisions on people of color in the state is widely overlooked, perhaps because of Maine’s historical whiteness. This piece will show that, like the rest of the United States, Maine has a history of state-sanctioned discrimination, the consequences of which resonate today. Policymakers need to understand the harmful legacy of racist public policy in Maine if they are to avoid perpetuating those inequalities.

Ed Muskie, Political Parties, and the Art of Governance

In its 200-year history as a state, Maine has gone through three major political realignments and is now in the midst of a fourth. The Jefferson Democratic Republicans supplanted the Federalists to achieve statehood. The Republican Party dominated state politics from the eve of the Civil War until 1954. The Maine Democratic Party, under the leadership of Edmund S. Muskie and Frank Coffin, transformed it into a competitive two-party state. Now the goals of open, responsive, and responsible governance that Muskie and Coffin sought through healthy competition and civil discourse are threatened by bitter, dysfunctional national trends in the political arena, threats now compounded by the COVID-19 pandemic and national revulsion over racial discrimination triggered by police violence against Black Americans. Could Maine play a role in restoring balance and correcting the ills that beset us?

From Wilderness to Timberland to Vacationland to Ecosystem: Maine’s Forests, 1820–2020 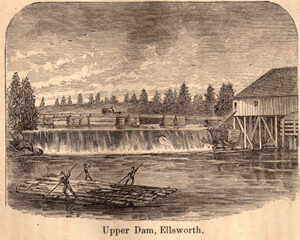 The 200 years since Maine statehood span a series of changing metaphors used by people to understand the forest and its values: the forest as wilderness, as timberland, as vacationland, and as ecosystem. These ways of viewing and using the forest can conflict or can come to uneasy truces, but new developments can revive the tensions. Public policy is always well behind the shifting needs as timberland comes to be seen as vacationland and vacationland as ecosystem. Further, conflicts between different visitors to vacationland can be among the most difficult to solve.

Maine Conservation in an Age of Global Climate Change

Maine has been a key player in one of the most dramatic changes in conservation strategy since Gifford Pinchot coined the term in the 1890s as private nonprofit land trusts have become essential to the conservation movement in the state. Land trusts spearheaded the new approach to conservation by drawing together landowners, philanthropic organizations, state and federal agencies, older conservation organizations, and most importantly, ordinary citizens. Given its prominence in the land-trust movement, Maine has provided leadership in a second revolutionary trend as trust managers embraced the emerging science of ecosystem management.

Maine’s Public Reserved Lands: A Tale of Loss and Recovery 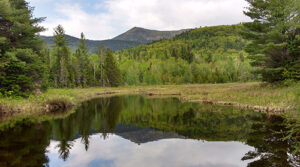 The story of Maine’s public reserved lands—or public lots—is worth the telling for its own sake and for its enduring lessons. Provided for in the Maine Constitution of 1820 and neglected for more than a century, the public lots were once scattered widely across the Unorganized Territory of northern, western, and eastern Maine. Today, they are restored to public use and benefit, reassembled into large blocks of land that, in aggregate, are more than twice the size of Baxter State Park.

What Does the Future Hold for Maine’s Lobster Industry? 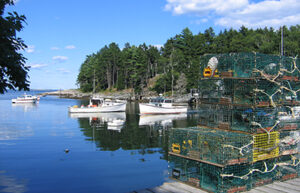 by Jim Acheson and Ann Acheson

The Maine lobster industry is one of the most successfully managed fisheries in the world. Catches have been at record high levels since the 1990s due to favorable environmental factors, regulations enacted over a period of years, and the conservation ethic of fishermen. The industry faces problems that threaten its future: shell disease, climate change, increased regulations to protect right whales, and economic uncertainty. Several approaches could help protect the lobster industry, including enacting lower trap limits, expanding markets for live and processed lobster, and increasing in-state processing capacity.

This article reflects on Maine’s changing coastal region and blue economy. Much of Maine’s coastal economy is now considered to be overly dependent on a single commercial fishery, the iconic Maine lobster fishery. Marine aquaculture has grown in the last 10 years, with expansion expected both on land and sea. Marine renewable energy is also an emerging use but remains a frontier. These changes have been exacerbated by demographic changes characterized by youth out- and amenity migration. As community demographics and coastal uses continue to change following the region’s postproductive transition, policymakers must be proactive in considering potential conflicts emerging between different uses and value systems held in Maine’s coastal communities.

The fundamental purpose of any policy is to safeguard and improve the well-being of people. The understanding of any policy decision, therefore, must start with an understanding of demographics. This article reviews Maine’s demographics using data from the 1820 and 1920 censuses and comparing them to recent population estimates. The author finds trends that persist over time as well as ways in which Maine’s demographics have changed over the past 200 years. As 2019 ended and 2020 began, Maine saw its largest challenges as being related to the current demographic situation: slow population growth, limited available workforce, and increased demand for healthcare services. With the spread of COVID-19 throughout the state, Maine is now facing a public health crisis and economic recession the likes of which haven’t been seen in a century.

The Political Geography of Maine’s Economic Future: Cities and Their Metro Regions

Following a global trend that now has more than 55 percent of the world population living in cities and their metro regions, Maine’s economic and population growth is driven by our cities and the surrounding metro areas. The trend, however, will not meet Maine’s goal to attract a future workforce and reduce greenhouse gas emissions without regional solutions to housing, education, homelessness, climate adaptation, and public transportation. Meeting these challenges will require a loosening of attitudes about local control and an embracing of regional solutions to the critical issues inhibiting Maine’s economic growth. The political leadership of the state, cities, counties, and metro regions must develop new models to achieve greater density for affordable workforce housing and more public transit including improved bus and new light-rail systems.

Finding Inspiration (and Profit) in Maine’s Living Heritage: New Entrepreneurs Drawing upon the Past 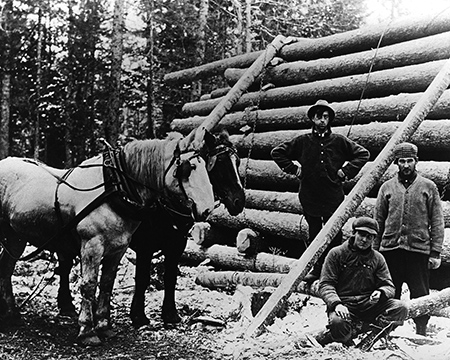 Maine has a rich heritage of traditional arts and industries that derive from its Indigenous and settler populations and the ways its people have used its natural resources and adapted to its diverse environments. This heritage continues today in a variety of forms, from economic activities like resource harvesting to artistic expressions such as music, dance, storytelling, and the visual arts. This essay looks at how traditional or folk activities, including foods, beverages, and other artisanal industries, continue to play an important role in Maine’s economic, social, and cultural landscape. Far from being quaint traditions maintained for cultural reasons, they are an important part of Maine’s new economy, helping to define its future through connections with its past.

“We are Maine”—Is There an Authentic Maine Public Policy?

The authors explore whether there is something about how policy is developed, approved, and implemented—or something about the content of policy—that is based upon Maine as place? Is there a genuine Maine public policy that reflects the unique demography, geography, and culture of this place? Or is the work of policy here essentially the same as anywhere else in our democracy?

The Comedy of Maine’s Commons: Private Ownership as Economic Development

In Maine, we have managed to avoid the tragedy of the commons in several arenas. One way we have supplanted tragedy with comedy is through supporting and respecting private ownership of property. Some of this support is by necessity, as areas that might be publicly owned in other states are predominately privately owned in Maine. Other times, it is through a recognition that the private sector supports responsible public investment and is willing to financially support it through increased tax revenue. As Maine prepares for its next 200 years, policymakers should take heed of these examples. Government involvement can be supportive rather than adversarial. And when Mainers and Maine businesses are empowered to manage their own affairs, great things happen.

Knowing about the Past vs Learning from the Past: We Need to Do Both to Create Effective Policy

In Maine’s bicentennial year, Executive Editor Linda Silka reflects on the many available sources of information about the state’s past from which we can learn.

Each year the Margaret Chase Smith Library sponsors an essay contest for high school seniors. The essay prompt for 2020 asked students to propose how they would make Maine “the way life should be” for young people so that more of them will choose to live in a state with one of the oldest populations in the nation. Essays have been edited for length. Click the title to read the full essay.

The College Conundrum: Reanimating the American Dream for Maine Youth