Margaret Chase Smith and Me: The Importance of Leadership


Recognizing Margaret Chase Smith’s support for women in the Armed Services, Vice Admiral Nora Tyson, retired, examines the concept of leadership as it relates to her 38-year career in the US Navy.

Each year the Margaret Chase Smith Library sponsors an essay contest for high school seniors. The essay prompt for 2018 concerned the importance of a free press. This is the first-place essay, written by Cassidy Lessner. 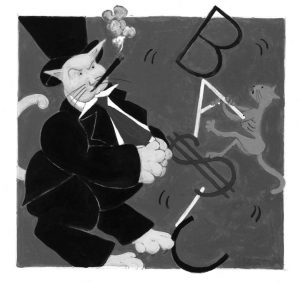 In this Commentary, Michael W. Howard addresses the questions: What is a basic income? Is it a desirable and feasible policy? And could such a policy be implemented on a state or local level? 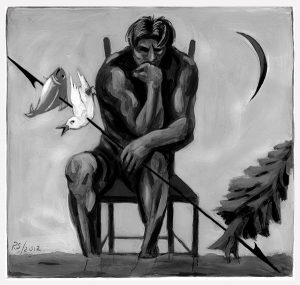 Artist Rob Shetterly has been creating MPR covers for 20 years. In this article he describes his artistic ambition to be a surrealist, that is, to create visual metaphors for the issues he thought most important and how he brings that sensibility to Maine Policy Review covers.

Reflections: MPR and the World: Connections, Conversations, and Outreach

Linda Silka reflects on this issue and on MPR’s outreach efforts. 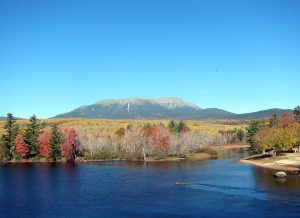 In contrast to other northeastern states, the first conservation movement at the turn of the twentieth century passed Maine by. New Deal conservation programs likewise had little impact here, though several seeds were sown. In a state where public access to open rural land and North Woods lakes and rivers was extensively available, there was no perceived need for a public land system. In southern Maine by the 1990s, sprawl and No Trespassing signs became more visible. In the North Woods, large sales of former paper company land shook confidence that public access to land would continue. In a historic burst of activity, state and federal programs, aided by several nongovernmental organizations, made land and easement acquisitions that in a short time brought 21 percent of Maine’s land into its conservation estate. During this period of activity, a number of baffling policy issues were left  largely on autopilot; this article closes with a brief and selective list of them.

How Well Is Maine Doing? Comparing Well-Being across Maine Counties 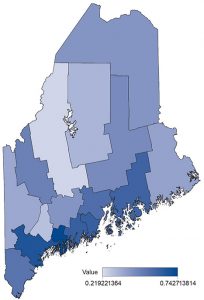 Maine has experienced major challenges over the last decade including recession, stagnant recovery, and industrial and population decline. But by some measures, Maine is still seen as one of the best in the United States for well-being. In this paper, we critique the notion of what well-being is and how it is measured. Based on the Organisation for Economic Co-operation and Development’s Better Life Initiative, we then propose and construct an index to compare well-being across Maine counties. Our work gives new insights on the types of challenges counties are facing and provides policymakers a new way of empirically understanding these problems. 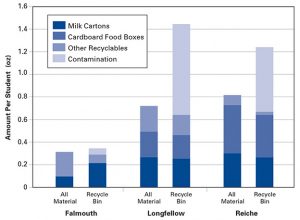 Solid waste is a serious environmental problem in the modern world. School cafeterias are one source of food and packaging waste that must be dealt with. Reducing the amount of cafeteria waste disposed of as trash through source reduction, recycling, and composting will not only improve environmental outcomes, but will also teach students about sustainability and save schools money. Waste audits at three elementary schools in southern Maine reveal that there are major differences in how effectively waste is sort­ed and the types and quantity of waste generated per student. Overall waste diversion was measured at 67 percent or greater at all three schools, with an average of 69 percent among the two schools where organics were measured. While there is still work to be done at all three schools, the programs have a major impact even in their current state.

Improving the Health of Communities through Population Health Assessments 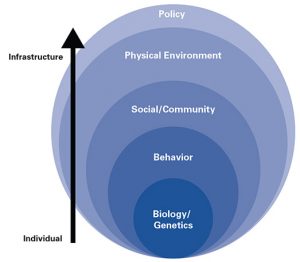 by Ron Deprez and Chloe Manchester

This paper describes a comprehensive, science-based approach for conducting a popu­lation health assessment (PHA), a process for identifying upstream nonmedical, social and economic determinants of health in a community, including risk factors associated with poor health status. A PHA focuses on diagnosing and improving population health disparities using public, private, and community-based strategies and resources. The paper traces the evolution of PHAs from community health needs assessments and community benefits planning. It describes the PHA process, methods, data, and analyt­ical techniques that permit the identification of specific underlying factors in a commu­nity that adversely affect health. It also suggests criteria to prioritize health issues and strategies that help communities implement sustainable policy, infrastructure, or services improvements.