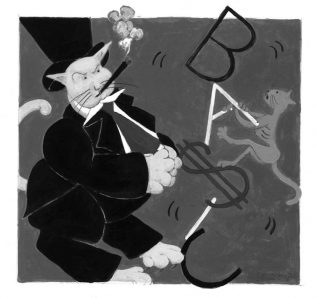 Almost daily, we confront media coverage regarding universal basic income (UBI). Stories abound in every major media outlet from CNN, MSNBC, and Fox News to the New York Times, Boston Globe, Washington Post, and the Wall Street Journal. On the presidential debate stage, American entrepreneur and Democratic presidential candidate Andrew Yang has made UBI a primary platform of his campaign, proposing “The Freedom Dividend,” a $1,000 per month stipend for every American adult. In the state of Maine, on June 19, 2019, Governor Janet Mills signed LD 1324 into law. This bill created a committee to study the benefits and feasibility for starting a universal basic income program for the state of Maine. After their research is complete, this 13-member committee will present their findings and draft bills for the Maine Legislature to consider in 2020. Though it may seem like a left-leaning policy at first blush, the concept has gained bipartisan popularity with support from the Adam Smith Institute and the Cato Institute, two major right-leaning think tanks, which are both exploring policy options and publishing papers that argue about UBI’s ability to fix the broken welfare state.

So what is UBI? Oftentimes, media reports regarding UBI are rather vague. Academic and policy researchers, however, typically use the term universal basic income or simply basic income in reference to a program that provides payments to everyone in a given community—whether local, state, or national. This stipend would have no strings attached and individuals would receive a UBI regardless of their personal economic condition or employment status. In theory, UBI should be able to provide an amount sufficient to pay for an individual’s basic necessities, a figure that is nearly as debated as the idea itself.

Howard’s commentary in MPR highlighted the worldwide interest in UBI policies from the municipal level in the United States to European-wide initiatives debated in the European Union. He listed four main reasons in support of UBI:

Howard also notes two major categories of objections against UBI, which he generally describes as economic and moral. On an economic level, opponents argue that it is impossibly expensive. He contends that through the simplification of the welfare system and increased income taxes, a federal value-added tax, or the taxation of resources held in common UBI is expensive, but feasible. On moral grounds, opponents fear that giving individuals a stipend with no needed behavioral modifications or preliminary means testing would subsidize able-bodied individuals who simply chose not to work. Howard admits that some people would take advantage of the system; however, he argues that most people, if given the chance, would use their UBI to fund personal growth through education, artistic creation, or entrepreneurship; care for their children or aging family members; volunteer their time to provide community services; or seize the ability to live simply in an environmentally sustainable lifestyle. Howard also contends that the idea of decoupling income from work should not be seen as radical in the current capitalist society of the United States. In fact, he points out that through inherited wealth, interest, and dividends, many people already have unconditional income, and society does not view these types of income as promoting laziness.

Howard then explores policy options at the federal, state, and local levels. He highlights that UBI was actually quite popular in the 1960s and 1970s and was supported by both of the major political parties. Martin Luther King and Democratic presidential candidate George McGovern favored minimum guaranteed income while right-wing economist Milton Friedman supported a means-tested unconditional minimum income. In fact, President Richard Nixon was in favor of a modified version of Friedman’s model, the Family Assistance Plan, which passed the House of Representatives, but was defeated in the Senate. Howard points to the Alaskan Permanent Fund Dividend as a successful policy for states to redistribute monies gained through access to common resources, which has been in effect since 1976. In resource-poor states such as Maine, Howard argues, taxes on carbon, earned income tax credits, and universal child allowances are experiments with UBI-type programs that can stimulate public discourse, provide empirical evidence, and suggest examples for more nuanced welfare reform programs in the national sphere based on UBI.

The individuals participating in this Maine Policy Perspectives roundtable were asked to read “Universal Basic Income: Policy Options at National, State, and Local Levels” as well as Dave Canarie’s rebuttal. They then were asked to briefly draw upon their expertise and experiences to argue for or against UBI. Though it is not necessary, we invite readers of this roundtable to first peruse Michael Howard’s original commentary in MPR that sparked this lively debate. The structure of this Maine Policy Perspectives forum is that three arguments against UBI will be presented first followed by three arguments in support of UBI. Finally, having read all of the pieces by our panel, Michael Howard receives the last word of the forum by responding to the discourse created by his initial commentary in MPR.

The first piece in this forum is a republishing of “Not Ready for Prime Time: A Response to ‘Universal Basic Income: Policy Options at National, State, and Local Levels’” by Dave Canarie. Canarie argues that UBI is staggeringly expensive, that inherited wealth, interest, and dividend payments are not decoupled from labor but directly tied to labor, that wealth and success is not always linked to luck and privilege, and that abandoning our current social safety net for the experiment of UBI is too great a risk when the consequences of failure are a burden of the nation’s most vulnerable citizens. Canarie’s piece is followed by historian Daniel S. Soucier who argues that the technological changes wrought by automation and artificial intelligence may be no more disruptive than technological changes that have occurred in the past. Instead technological change often leads to unforeseen economic opportunities and eventual economic growth. He also argues that abandoning our current social safety net, which has been built on decades of worker displacement due to disruptive technologies, is misguided policy. Finally, human rights economist Philip Harvey argues that UBI fails to secure both the right to work and the right to income security as highlighted by the United Nations. In fact, by providing everyone with the same income stipend, UBI, because of its universality, provides no additional compensation to displaced workers, nor does it provide low-wage earners with additional real income. Harvey notes that even though UBI is currently fiscally unattainable, the opportunity costs are also prohibitively high. Instead, monies should be focused on job programs that get able-bodied individuals into the workforce and on providing truly unstigmatized livable income to those in society unable to be self-supporting.

Project Manager at the Future of Humanity Institute Georg Arndt and economist Karl Wiederquist argue that the actual cost of UBI policy options are far less than the gross cost, but far more difficult to calculate. They contend that the gross cost of UBI is misleading because a substantial amount of UBI is paid for by individuals based on the income they already earn. For example, if the government taxes an individual $5,000 and then pays that person a dividend of $5,000, the net cost of UBI for that individual is zero dollars. Thus, Arndt and Widerquist argue that any argument against UBI based on gross costs without discussing exact tax burden and marginal tax rates are misleading and not very useful in the overall debate of the topic. Sociologist Luisa Deprez notes that income is not keeping pace with the cost of basic needs, especially in the state of Maine. Further exacerbating matters is the precariousness of social safety-net programs at the federal level. With income inequality on the rise and current programs proving ineffective at solving the issue of poverty, Deprez calls for careful review of the literature regarding UBI and for a serious debate of its feasibility as a policy option at the state level instead of merely dismissing it as “not ready for prime time.” Finally, political scientist Almaz Zelleke argues that UBI is far superior to our current social safety-net programs. Its universality ensures no one falls through the cracks. Its unconditionality provides income for those who contribute to society outside of the traditional workforce. Its flat benefit does not penalize individuals who improve their status through the combining of households or through part-time, seasonal, and temporary employment. Further, UBI is an ethical statement by society that everyone deserves access to the means necessary to a healthy and productive life. Zelleke closes by contending that the best way to get UBI into the national agenda—as with many initially controversial policy measures—is to implement it in a few forward-thinking states such as Maine.

Georg Arndt is an independent researcher with a background in economics and operations management. His research interests include the financial viability of Universal Basic Income and the dynamics of social coordination.

Dave Canarie is an attorney and a lecturer part-time at the University of Southern Maine in the School of Business.

Luisa S. Deprez is professor emerita of sociology and women’s and gender studies at the University of Southern Maine. Deprez’s commitment is to social justice, equality and equity. With a focus on social policy, her work unearths the politics of policy-making as well as the impact of ideology and public opinion on policy exposing the resultant social, economic, and personal consequences.

Michael W. Howard is a professor of philosophy at the University of Maine. He has coedited two books on Alaska’s Permanent Fund Dividend. He also is the national coordinator for the US Basic Income Guarantee Network and coeditor of the journal Basic income Studies.

Daniel S. Soucier is an instructor of Maine studies and history at the University of Maine. As an environmental historian his research focuses on the relationship between the natural world and human society. He is also interested in the usefulness of applied historical research to public policy processes. He is the editor of this UBI forum.

Karl Widerquist is an associate professor of political philosophy at SFS-Qatar, Georgetown University, specializing in distributive justice. He has appeared on or been quoted by many major media outlets, such as NPR’s On Point, NPR’s Marketplace, PRI’s the World, CNBC, Al-Jazeera, 538, Vice, Dissent, the New York Times, Forbes, the Financial Times, and the Atlantic Monthly, which called him “a leader of the worldwide basic income movement.”

Almaz Zelleke is an associate professor of practice in political science at NYU Shanghai. Zelleke’s research interests include political theory and public policy and feminist political theory. Her work has appeared in Basic Income Studies, the Journal of Socio-Economics, Review of Social Economy, Policy & Politics, and the Journal of Sociology and Social Welfare. She is currently working on a book on the ethics of unconditional basic income in the U.S.