The Urgency of Democracy

Senator Smith grew up in Skowhegan, where her father was the town barber. She attended Lincoln and Garfield elementary schools and Skowhegan High School. I don’t know what subjects Senator Smith learned at Lincoln and Garfield elementary schools or at Skowhegan High School, but considering her distinguished career it’s not too fanciful to imagine that they included healthy doses of civics, American political history, and the American constitutional tradition.

In Maine and across the country, these foundational concerns of primary and secondary education, along with many humanities subjects, are under increasing pressure. We are familiar with the reasons—fewer resources, the pressure of testing regimes and expectations, the introduction of new technologies, and misguided, if understandable, anxiety over career readiness, which continue to envelop many of our policy frameworks for assessing and reforming education.

The effects of this pressure are not surprising. According to statistics produced by the American Academy of Arts & Sciences, in both 1994 and 2010 “a substantial majority” of school-age children in the United States “failed to demonstrate ‘proficiency’ in U.S. history.”1 Worse still, nearly 60 percent of high school seniors graduating in those years failed to demonstrate even a basic knowledge of U.S. history. It’s some consolation, though not much, that the history proficiency of students in the fourth and eighth grades improved between 1994 and 2010, though the percentages of students with only a basic understanding remains depressingly low. Student achievement in civics shows a somewhat more encouraging trend. In this realm, fourth and eighth graders showed improvement between 1998 and 2010. Still, less than 20 percent of all students in these grades demonstrated civics achievement levels of proficient or advanced. As was true of the National Assessment of Educational Progress assessments in other humanities subjects, strikingly lower levels were observed among older students, with only 64 percent of twelfth graders demonstrating a mid-level of basic achievement in 2010.

In what seems almost surely to be a related development, meaningful political participation in the United States continues to decline, and civic engagement of all kinds is increasingly fragile. For evidence, we need look no further than the most recent general election. As the Washington Post reported (November 10, 2014):

General election voter turnout for the 2014 midterms was the lowest it’s been in any election cycle since World War II, according to early projections by the United States Election Project. Just 36.4 percent of the voting-eligible population cast ballots as of last Tuesday, continuing a steady decline in midterm voter participation that has spanned several decades. The results are dismal, but not surprising— participation has been dropping since the 1964 election, when voter turnout was at nearly 49 percent.

It’s hard to imagine a robust democratic political culture without a citizenry that is at least proficient in U.S. history, the basic structure and workings of our political institutions, and in the founding principles and values of American democracy. And it’s hard to imagine proficiency in these areas without an abiding commitment to civic education in our schools, colleges, and universities.

But the democratic significance of the humanities goes well beyond the need to cultivate specifically civic and historical sensibilities. Democracy and democratic citizenship also require the ability to think critically and clearly about the central issues of shared concern, to imagine alternatives to standing arrangements, to entertain and advance the common good, and, perhaps most important of all, to feel empathy and respect for others. These capacities are in some important sense inherent to human nature, but they require the cultivation, reinforcement, and testing that lie at the heart of humanistic learning, exchange, and understanding.

Democracy flourishes alongside a robust sense of place. This may be especially true in Maine, where sense of place is such an important part of collective identity. With the help of the National Endowment for the Humanities, scholars from the University of Maine have recently given to the people of Maine a remarkable new asset related to place—the Historical Atlas of Maine. Now a beautiful printed book, the Atlas is entering a planning phase to become a national model as an interactive digital resource. It will then serve as a resource for schools and individuals across the state and beyond.

Maine also has another wonderful humanities resource in the Maine Humanities Council (MHC), one of the most energetic and admired of the national system of state and territorial humanities councils supported by the National Endowment for the Humanities. The MHC is doing exemplary work around the state, providing resources and leadership to the statewide humanities network.

Over the years, Maine has also served as a mecca for creative writers and artists and now boasts an international reputation for its literary and artistic production. Our lives are richer and fuller as a result of such creativity in our backyard. We’ve also experienced the power and impact of the cultural economy, which will be such an important part of Maine’s economic future.

The humanities matter in all of these ways. They provide richness, beauty, and wisdom in our lives, and they help our communities to flourish. But we need them especially because they provide the intellectual and emotional foundations for democratic life and citizenship. For Maine and the country as a whole, the urgency of the humanities is the urgency of democracy. 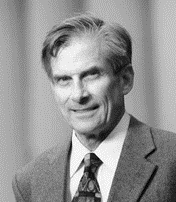 William D. Adams is chairman of the National Endowment for the Humanities where he has served since July 2014 and where he launched a new initiative, The Common Good: The Humanities in the Public Square, as a way to demonstrate the critical role humanities scholarship can play in public life. He was president of Colby College from 2000 until his retirement in 2014 and served previously as president at Bucknell University. At Colby, Adams led a multimillion dollar campaign that included expansion of the Colby College Museum of Art and support for several other humanities-based initiatives.