The authors of this study (Victoria Rideout, Raymond Kennard, Alicia Wilcox, and Mark Flomenbaum) examined suicide deaths in Maine from 2017 and 2018 looking for correlations between age, gender, veteran status, method, and presence of a note in suicide victims. The study revealed correlations between the act of leaving a suicide note and the method that individuals utilized in carrying out their suicide.

Suicide death in Maine costs the state approximately $211 million per year in medical and work-loss costs. Thus, preventing suicide not only is beneficial for the well-being of the population but also for the cost of health care.

The Demographics of Suicide: 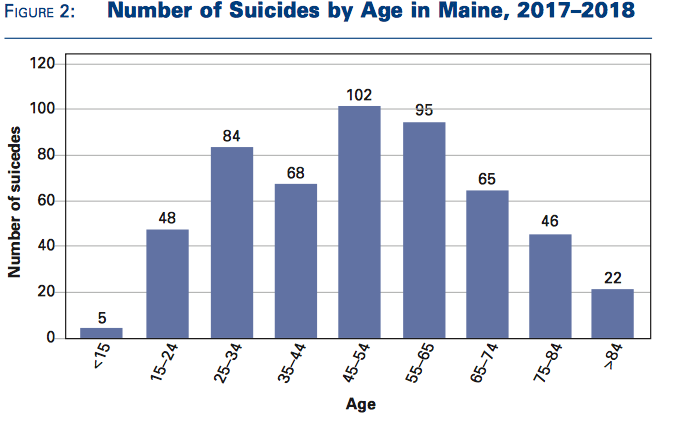 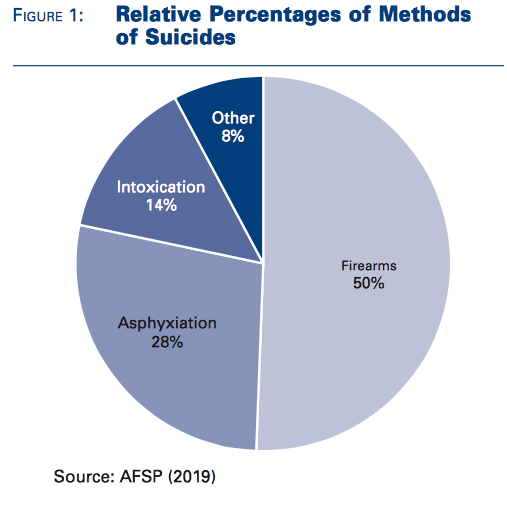 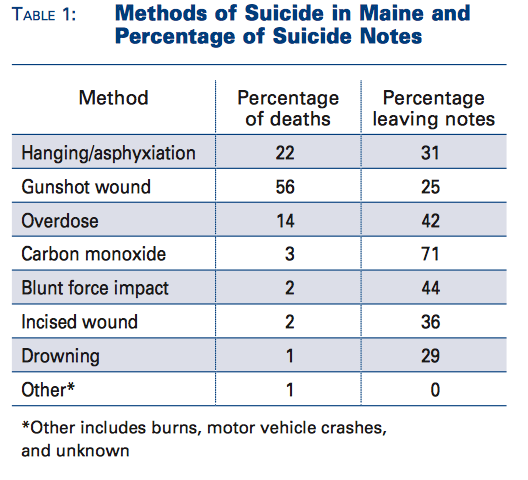 The hope of this study is to prompt policymakers and government officials to look at these issues in more depth to change current laws and to institute new data-driven suicide-prevention programs to combat the problem.

One example is that the Maine gov website focuses on suicide in younger and school-aged populations. However, Maine has the highest median age in the US and older people have a far greater rate of suicide than younger people.

Similarly, the state should target veterans and those in the military more specifically due to their high rate of suicides.

Researchers also found Maine’s high rate of suicide by firearm to be of great concern and urge state lawmakers to address this problem through the modification of gun laws to prevent individuals from not only harming others but also themselves. Suggestions include red flag laws which would allow police to seize guns from individuals who could pose a threat to themselves or others.

Finally, the authors suggest the creation of a database of suicide notes that can be analyzed by the medical examiner’s office and psychologists. Retrospective analyses of the suicide victims in the context of their notes could identify people who might not have been considered part of the usual at-risk population.