In this article, Michael W. Howard, professor of philosophy at the University of Maine, defines universal basic income (herein UBI), highlights the arguments in favor, refutes the main arguments against, and provides policy options for the implementation of UBI at the national, state, and local levels.

UBI refers to an income that is given to all, periodically rather than in a lump sum, individually rather than to households, and not conditional on need, willingness to work, or other behavioral requirements.

Proponents of UBI include tech magnates of Silicon Valley who worry that artificial intelligence and workforce automation will displace far more workers than its implementation will create. This elimination of low-skill jobs and skilled career paths will necessitate new forms of income security for those who are expelled from the workforce. UBI is also supported by policymakers and other individuals who realize that current welfare policies to eliminate poverty have not been successful at either removing hardship from American society nor moving individuals into full-time employment. Finally, supports of UBI argue that it provides a way to decouple income from paid employment thus encourages care work, volunteering, and environmentally sustainable lifestyles.

Opponents of UBI typically object to the proposals based on financial and moral grounds. Howard highlights proposed policies that show UBI to be both financially and morally sustainable. For example, he cites Andrew Yang (Democratic candidate for the 2020 presidential nomination) who favors a UBI of $1,000 per month to every American funded through a value-added tax.

Howard notes that the moral objection to UBI is much harder to overcome than finding means to fund UBI programs. Despite the possibility of creating free-riders who may simply use the money for drugs or to contribute nothing to society, the benefits far outweigh the costs according to Howard. For example, some individuals receiving UBI will use the opportunity to stay home with children, take care of elderly family members, focus on volunteer work, further their education, or engage in creative occupations. Others will choose to live simply within the means of their UBI. These paths for recipients of UBI, argues Howard, will create great social environmental boons.

At the national level, Howard argues that the adoption of UBI is not difficult to imagine. During the 1960s and 1970s support existed across the political spectrum. Martin Luther King endorsed the idea, George McGovern favored a demogrant (a type of UBI), Milton Friedman favored a negative-income tax (a means tested but otherwise unconditional UBI) and Richard Nixon’s Family Assistance Plan (passed the House but defeated in the Senate) was a modified version of Milton Friedman’s proposal.

The state of Maine, contends Howard, could create dividends from sovereign wealth funds, or from taxing the use of common resources and assets. Further, Maine could adopt a state-level carbon tax, make the earned income tax credit available to increase income when it falls below certain levels, or create a universal child allowance or refundable child tax credit.

Municipalities in Maine could also adopt pilot projects to generate public discussions of minimum-income policies and empirical evidence to inform policymakers at the state and national levels. Any Maine city, contends Howard, particularly those with grant support, could launch experiments like those in California or Chicago, that could move a larger conversation regarding UBI forward. 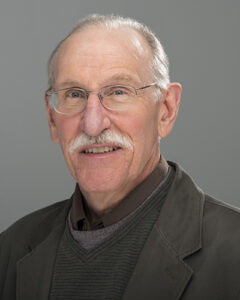 We’ve gathered other articles on tax policy from MPR archives in our reading lists.

Yang, Andrew. 2018. The War on Normal People: The Truth about America’s Disappearing Jobs and Why Universal Basic Income is Our Future. New York: Machete Books.