James M. Acheson, professor emeritus of anthropology and marine sciences at the University of Maine, argues that the “open land” tradition in Maine has huge economic implications, especially for the state’s tourism industry. However, in recent years there has been a substantial increase in land posting, largely in response to abuses by the public when accessing this resource. Despite the number of different institutions that have arisen to allow continued public access to private land, Acheson suggests that more needs to be done from a policy standpoint if Maine’s tradition of using private land for recreation is to be maintained.

In Maine, landowners have legal title to their land; they are able to get all of the income from farming and forestry activity on that land; and they can sell and pass it on to their heirs. Of course, they have to pay taxes on that land and are liable if they create a hazard that causes someone injury. At the same time, the public uses large amounts of privately owned land as if it were a common property resource owned by everyone.

Many Mainers feel that using the land of others for recreation is one of their traditional rights, and a large percentage feel little obligation to even ask permission when they go on others’ land to hunt or take a nature walk.

When land is posted by property owners, the public feels unfairly deprived of something that should be theirs. When property owners limit access to roads, reduce areas where hunting is allowed, prohibit trucks from going to and from other plots of land being worked by forest product companies, or limit and prevent access from wilderness camps Mainers feel as though their economic, recreational, and traditional rights are violated.

From a policy standpoint, Maine has a longstanding tradition of encouraging the public to use private property. For example the Legislative Joint Standing Committee on Fisheries and Wildlife recommended that a landowner relations program be dedicated to:

With land postings on the rise many new institutions are becoming concerned with preserving the environment and conserving Maine’s tradition of accessing private land for recreational purposes. These include:

Acheson argues that these policy should be enacted to support and strengthen these types of conservation organizations. Further, he notes that additional game warden enforcement is needed by the state to improve relationships between those who use the land and those who own the land. If the public continues to dump trash on private property, hunt close to homes, and destroy the landscape with ATVs then the rise in posted land will continue. He further suggests that more innovative solutions may become necessary such as a public utility that would own a large amount of land and manage its forests for multiple uses such as sustainable timber harvesting and recreation. 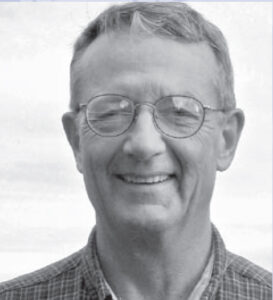 We’ve gathered other articles on land use from MPR archives in our reading lists.