Local Politics from Away

The Margaret Chase Smith Essay: Local Politics from Away

Matthew Bourque, a political science and social studies education double major at St. Olaf College in Minnesota, reflects upon the uniqueness of Maine politics. He argues that despite the national political scene entering an era of divisive politics, characterized by distaste for compromise and a demonization of the other, Maine emerges as a safeguard of political civility.

Maine has a rich history of independent thinking and support for politicians who practice such thinking.

Margaret Chase Smith stood up for the entire United States and its history of political thought and freedom in her Declaration of Conscience, which directly challenged McCarthyism and the House Un-American Activities Committee.

Senator Susan Collins was regarded by the Lugar Center in 2017 as the most bipartisan politician in the US Senate.

Senator Angus King has resisted the high-tension atmosphere surrounding the Mueller investigation claiming, “I don’t think that there’s evidence yet available to the public where there would be more or less a consensus that this was an appropriate path….We don’t want to create a precedent where Congress of one party unseats the president of another party for essentially political reasons.”

Janet Mills, the current governor (2019), used her inaugural address to establish a platform based on unity and compromise, stating, “We are all in this together. We all want Maine to have a beautiful environment; happy people; and prosperous communities….We are Republicans, Greens, Democrats, Libertarians, Independents, and many more besides.”

The Maine youth diaspora is known for its genuine and honest personalities coupled with an ambitious work ethic. This reputation is due in part to the independent-minded politicians Mainers have propelled to the local and national political stage. Bourque argues that those who move away from the state should continue to take pride in Maine’s tradition of independent political thought. They should engage in the values of hard work, courage and the determination to do what is right. These are the values exhibited by Senator Margaret Chase Smith that continue to live in Maine politics and represent the values of Mainers wherever they live. 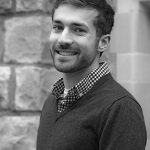 Godfrey, Linda C. “A Life Committed to Leadership: Life Lessons from Margaret Chase Smith and Outcomes That Would Please Her.” Maine Policy Review 27.1 (2018): 7-10.

We’ve gathered other articles on Maine government and politics from MPR archives in our reading lists.