Daniel M. Shea, professor of government at Colby College, argues that despite the enthusiasm towards third-party candidates running for president in 2020, that departing from the two-party system will only lead to disappointment, gridlock and frustration, and an increasing crisis of legitimacy in American politics.

Historically, great change in America typically occurs when the government has been unified and one party has been in charge.

Throughout the twentieth century, some presidents like Eisenhower, Nixon, and Reagan confronted a divided government and achieved success in advancing a portion of their policy initiatives. This happened largely due to crossover middle-of-the-road politicians in Congress. Typically, under a divided government, less gets accomplished.

Today, record high party unity in the legislative branch makes crossover solutions that worked in the past far less likely. Barack Obama’s Affordable Care Act and Donald Trump’s tax reforms each passed by thin margins. These initiatives succeeded as a result of the narrow majorities their partisan colleagues in Congress held. At present, crossover legislators have virtually disappeared.

Looking towards Maine politicians, Shea argues that Susan Collins is sometimes tagged as being a swing vote, but a close look at her voting record highlight the rarity of this situation even among those known to reach across partisan boundaries.

A recent sign of this partisan factionalism was Nancy Pelosi’s success in keeping her Democratic colleagues in line during the 35-day government shutdown. Trump waited for defectors to reach across the aisle, however, none arrived.

The addition of a major third-party candidate in the 2020 presidential election would only increase gridlock and lack of confidence in the government to perform its essential duties. Drawing on Maine’s experiences once again, Shea notes that in the 2010 gubernatorial election, conservative Paul LePage achieved victory with 38 percent of the vote. His agenda, which largely aligned with the Tea Party remained at odds with moderate Republicans as well as Democrats in the Maine legislature.

Under LePage’s tenure, Augusta essentially split into three parties in the wake of the 2010 election: LePage Republicans, moderate Republicans, and Democrats. LePage vetoed more bills than all of his predecessors combined did since 1917. Thus, despite Republicans controlling at least one chamber of the legislature during most of LePage’s time in office, less legislative work was accomplished.

Polling indicates that trends in party affiliation have reached unprecedented levels. There is little intersection on most policy positions and voters have begun to view the other side as crazy, dangerous, and malicious. Even independents typically lean towards a particular party and tend to consistently vote in that direction. Split-ticket voting in America is at an all-time low.

Finally, despite early thinking about the internet as being nearly unlimited in information and the ability to connect a diverse citizenry with a variety of viewpoints, party affiliation and political tribalism has increased instead of decreased. Instead, through the careful curation of social media, automated search algorithms, subscriptions to partisan news organizations, and trolls spreading fake news, the internet has become an echo chamber where all opinions, no matter how partisan, conspiratorial, or fictitious, are reinforced and propagated.

Many argue that the addition of another party in national politics can redeem the faith of Americans in elections and cure the ills of governance; however, recent events in Maine, a state receptive to minor-party candidates, reveals this to be problematic.

This is not to say change should not occur, instead a whole host of reforms might compel major-party candidates to better reflect the interests of voters in the ideological middle. 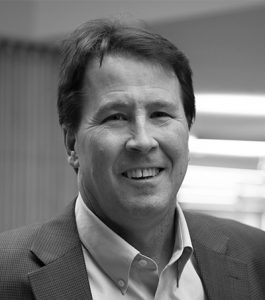 Jalan, Akhil. 2017. “Political Partisanship: A Look at the Data.” Toward Data Science

We’ve gathered other articles on Maine government and politics from MPR archives in our reading lists.