In mid-summer on Mount Desert Island, the south end of Echo Lake is a great place to teach a kid to swim. The beach is warm and nearly flat. As you enter the water, the slope is so gradual as to be nearly imperceptible. While visiting there in 1981, my four-year-old daughter began by lying prone in shallow water and walking forward on her hands while kicking with her legs behind. Over a span of 50 yards, she moved gradually away from shore. By the time the water was arm-length deep, she began bouncing off her finger tips and then dog-paddling, first with one hand and then with both, finally free of the bottom, swimming proudly into depths that no longer troubled her.

A year later, I went down to Cambridge for a weekend course on how to train other attorneys to be better trial lawyers. Our guinea pigs were Harvard law students. After closely observing a student conducting elements of a trial, we seasoned attorneys were invited to give a five-minute critique to help the student to improve. One of my colleagues, a glib and bright practitioner, rattled off a dozen things the hapless student had done wrong and then looked proudly over at our master instructor, Robert Keaton. Keaton, one of the finest law professors of the twentieth century, inquired, “What impact have you made on our student, here? Has he learned anything from your critique? Or have you merely destroyed his ego?” Then Keaton proceeded with a critique of his own. He began by reinforcing what the student had done well. Then, he made two important suggestions for improvement. Finally, he brought his points home by providing his own live and extemporaneous demonstration of how to do it better. Later on, the student was asked to perform again and apply what he had learned.

The common point of these two stories is that learning is a gradual, evolutionary process. A good teacher assesses carefully the student’s present ability before bringing the student along in small increments to a new stage of development.

Reading Recovery is a remedial teaching system designed to eliminate illiteracy among first graders. It is fascinating to examine the hundreds of small texts that the program makes available, each little book numbered in sequence by degree of difficulty, each one slightly more challenging than its predecessor—but almost imperceptibly so, like the slope of the beach at Echo Lake.

Shredded wheat became a popular cereal when Kellogg’s and Nabisco reduced the size of the biscuit to a single bite.

What is true for teaching and breakfast cereal is just as true in politics. In high school survey courses on world history, a focus on dates creates the impression that revolutions are sudden events occurring all at once: the Declaration of Independence in 1776; the storming of the Bastille in 1789; Lenin’s arrival at the Finland Station in 1917. When we get to college and examine these events more closely, we re-discover them as evolutionary processes taking place in stages over significant periods of time. In America, it was 15 years between the Boston Tea Party and ratification of our constitution, three more years before the Bill of Rights was added, and another seven decades before the Civil War resolved some unanswered questions.

Human beings are creatures of evolution. We can’t absorb rapid change. We abhor what is radical, sweeping, or too broad in scope.

Take for example the Patient Protection and Affordable Health Care Act (P.L. 111-148) passed by the US Congress in March 2010. The most common complaint is that the law is too big, that there is too much in it. Newspaper photos of its threatening bulk lend credence to critics from the right that the law portends a government takeover of our personal lives. Now the law is under frontal attack, with an open question as to how much of it will survive until full implementation in 2014.

In recent years, the nation has not been without more gradual progress in health care; the Kennedy-Kassebaum insurance reforms of 1996; SCHIP coverage for children in 1997; Medicare prescription benefits in 2003; the HiTech Act of 2009. How much happier might we be as a nation if the 2010 reforms had consisted of a few simple measures, for example, allowing those above 55 years of age to buy into Medicare or making Medicaid open to anyone with an income below 135 percent of poverty? In 50 pages of text, Congress could have made health insurance available to nearly everyone in America while avoiding the length, the heft, and the complexity of the present law. 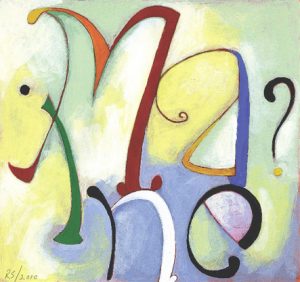 Maine, in June of 2010 voters defeated comprehensive tax reform in large measure because the bill was so big, complex, and poorly understood. For years, economists have advised Maine to reduce taxes on income and broaden the base of the sales tax. Rather than try to do it all at once, what if the legislature had voted to tax soda and candy, used the proceeds to reduce the tax on labor and income, and then sent the measure out for public approval? If the bill were voted down, at least its rejection could not be blamed on a failure to understand it.

For years, the gas tax has been falling behind in its task of supporting roads and bridges. To address anti-tax hostility, why not package up a number of projects to improve roads across the state and then send them out for voter approval, upon condition that the gas tax be raised by a few cents to pay for them? Let voters decide directly whether to pay more for gas or for damaged tie rods.

Too often, interest groups who want to change policy try to cram all their dramatic reforms into a single piece of legislation. Unless there is a ready-built consensus behind the policy, this strategy has a high risk of failure.

In my 16 years of service, I was often the legislator who introduced the largest number of separate bills. Many were no longer than a single page. A politician’s attention span is pathetically short. If you build six separate bills around a common theme, it gives you six different cracks at the committees. For you to lose, they have to turn you down six times. The odds are good that a portion of your agenda will get through.

Then, you can bring back your remaining ideas next session, saving some bite-sized pieces of your “revolution” for another day.

Peter Mills has practiced law in Portland and Skowhegan. In 2010 he completed 16 years of service in the Maine Legislature, having served in both the house and senate. He ran unsuccessfully for governor in the Republican primaries of 2006 and 2010.