Who was Margaret Chase Smith?

Born in Skowhegan, Maine in 1897, Margaret Chase Smith was the daughter of Carrie Murray Chase and George Emery Chase.  During the 1920s, she gained many of the skills which later served her in Washington through her work with women’s organizations, in particular the Skowhegan Business and Professional Women’s Club of which she was a founder. 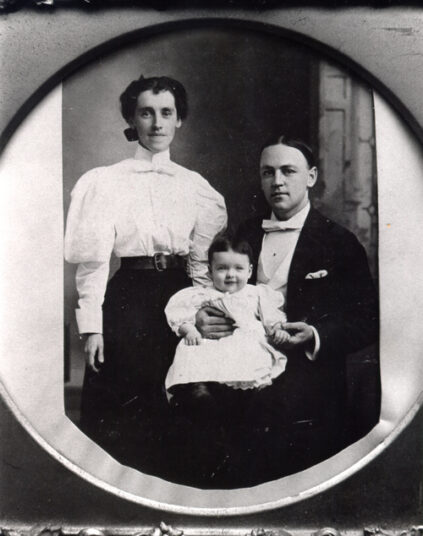 In 1930, she married Clyde H. Smith, a respected political leader in central Maine. He was elected to the U.S. House of Representatives in 1936 and served until his untimely death in 1940. After conducting four campaigns in five months, Margaret Chase Smith succeeded her husband in representing Maine’s Second District. Following a successful eight years in the House, Margaret Chase Smith beat the odds when she soundly defeated the incumbent governor, Horace Hildreth; former governor Sumner Sewall; and the Reverend Albion Beverage in the Republican primary and easily won the general election in September in 1948 for the United States. As a result, she became the first woman in the nation’s history to serve in both houses of the U.S. Congress (House of Representatives (1940-1949) and the Senate (1949-1973)) and the first to be elected to the U.S. Senate in her own right. 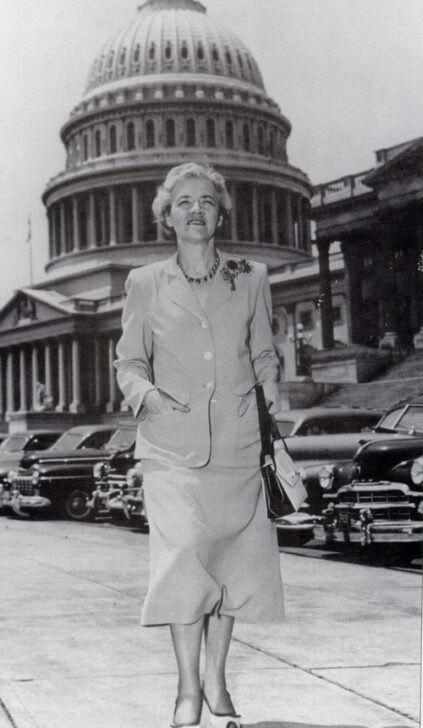 Senator Smith came to national attention in 1950, when she became the first member of the Senate to denounce McCarthyism, in what has become known as her “Declaration of Conscience” speech. In 1964, Senator Smith became the first woman to have her name placed in nomination for the presidency by one of the two major parties, coming in second on the final ballot to Senator Barry Goldwater. 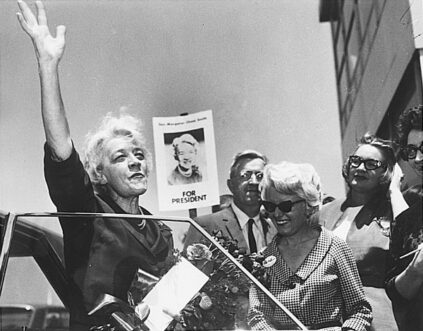 While in Congress, Smith served on the House Naval Affairs Committee during World War II and then moved on to the Armed Services Committee in the Senate. Senator Smith was also a charter member of the Senate Aeronautical and Space Sciences Committee, which oversaw the creation of NASA, and during her time on the committee, was involved with the Mercury, Gemini, and Apollo space programs. Senator Smith retired from Congress in 1973, after losing a fifth term in the Senate to William Hathaway. 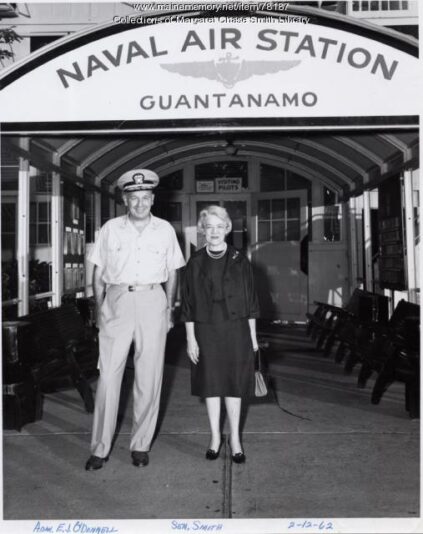 In 1983, Senator Smith established the Margaret Chase Smith Foundation, an organization created to support the Margaret Chase Smith Library, and which now has ownership and responsibility of the Library. The University of Maine operates and maintains the Library (located in Senator Smith’s hometown of Skowhegan, ME), recognized as one of the premier Congressional research libraries in the United States. It has a four-fold mission of serving as an archive, museum, educational facility and public policy center that houses documents and memorabilia from Smith’s 32-year congressional career. 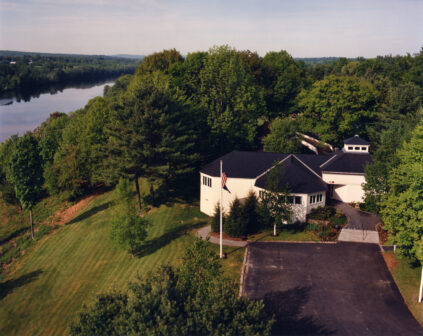 Margaret Chase Smith passed away on Memorial Day in 1995.