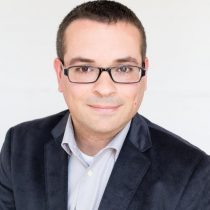 For many academics, engaging non-academics in meaningful conversations about their research can be the most frustrating or difficult part of the job. This can occur for a variety of reasons. Often, the gap between a discipline’s specialized concepts and jargon and the common knowledge of the non-specialist can be quite large and hard to overcome. Add to that the fact that the audiences that academics are trying to reach can be quite diverse, including the general public, the media, government officials and policymakers, nonprofit organizations, and so forth. And once you consider that not everyone is a natural born communicator, it is then not at all surprising that many academics have such a difficult time when it comes to engagement.

As an environmental historian, engaging with people outside of the world of academia is something that I’ve had to do on a fairly regular basis. My research examines issues related to resource management and science in the mid-20thcentury, with a particular focus on forestry in eastern Canada and northeast North America. Forests are complex natural spaces, with lots of different groups sometimes espousing clashing values and holding competing claims for the same batch of woods. As a result, I’ve had the opportunity to speak with a number of non-academic but forest-interested audiences about my research, such as politicians, newspaper reporters, labor unions, environmental organizations, and historical societies. It is often the hope that I will be able to provide some historical insights into the forestry-related issue of the day, whatever that may be.

It was with all of this in mind that I accepted an invitation to become a 2019-2020 Faculty Fellow with the Margaret Chase Smith Policy Center at the University of Maine. The Faculty Fellows Program is designed to help faculty within the University of Maine System who have been identified to conduct research that may have wide interest in the state to improve their communication and leadership skills. Every year, about two dozen faculty from the seven campuses of the University of Maine system are chosen to participate in the program, which consists of a mixture of six half-day and full-day sessions from November to April. I will be the first to admit that I was initially a bit hesitant to dedicate so much of the academic year to professional development, particularly since I’m still on the tenure track. But it quickly became apparent once I had started the program that it was going to be something that was worth my time.

As of the writing of this post, I’ve only completed four of the six sessions, but I believe I already know which parts of the program will prove to be the most useful for me. I’ve never had much issue communicating effectively with the general public, community organizations, and the like. In such situations, there is usually ample time to engage in deep and lengthy conversations. What I was more interested in improving when I signed up for the Faculty Fellows Program was my ability to deliver a compelling message in a limited amount of time. Within the program, there are sessions dedicated to working with groups that generally appreciate communication structured in this manner, in particular the news media and government officials, making those the sessions I was most eager to participate in.

The session about engaging with the news media occurred in January. There were several components to the day: a presentation on best practices and basic do’s and don’ts from a public relations firm, an interactive panel with local reporters, and mock news interviews. This session really compelled me to think about the core takeaways of my research and how to package them in 20-second soundbites. The media training also came in handy when I had to do an out-of-the-blue live spot with one of the local news stations at a fundraising event a couple of weeks later.

The session on interacting with government officials was in February. This was similar in some ways to the event with the news media, but there were differences. We learned how to engage specifically with politicians, whether it be before a committee or one on one, and how to tailor our research message accordingly. There were also an interactive panel with members of the state government and an opportunity to chat with the politicians in a more informal setting. Given the nature of my research, where governments have often played a huge role in issues of resource management and science and continue to do so, I found this session to be particularly important.

Engagement may be the most frustrating or difficult part of the job for many academics, but those of us within the University of Maine System are fortunate to have access to something like the Faculty Fellows Program. I would recommend the program to any of my colleagues who are interested in improving their engagement skills and have a bit of extra time. With only two-thirds of the sessions completed, I’ve already learned more than enough to have made the whole experience more than worthwhile. I look forward to the many future opportunities to share my environmental history research that this particular professional development should afford.