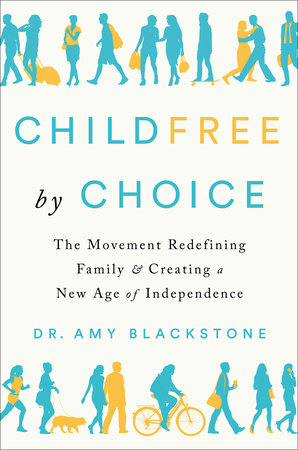 Amy Blackstone, Professor at the Margaret Chase Smith Policy Center and Department of Sociology at the University of Maine, has published a new book entitled, Childfree by Choice: The Movement Redefining Family and Creating a New Age of Independence. The research in this book, compiled over a decade, investigates the history as well as the present-day movement of adults that chose to forgo parenthood, highlighting what this personal choice means to our society, economy, environment, perceived gender roles, and legacies. Overall, it shows how understanding and supporting all types of families can lead to positive outcomes for parents, non-parents, and children alike.

Blackstone also published an opinion piece, “Grow Old Like ‘The Golden Girls'” in the New York Times on June 7, 2019. This article, based on Childfree by Choice, argues that living arrangements similar to Blanche, Rose, Dorothy, and Sophia in ‘The Golden Girls’ can stave off loneliness among older people, a public health concern that some researchers say poses a greater threat than obesity in causing functional decline and death.